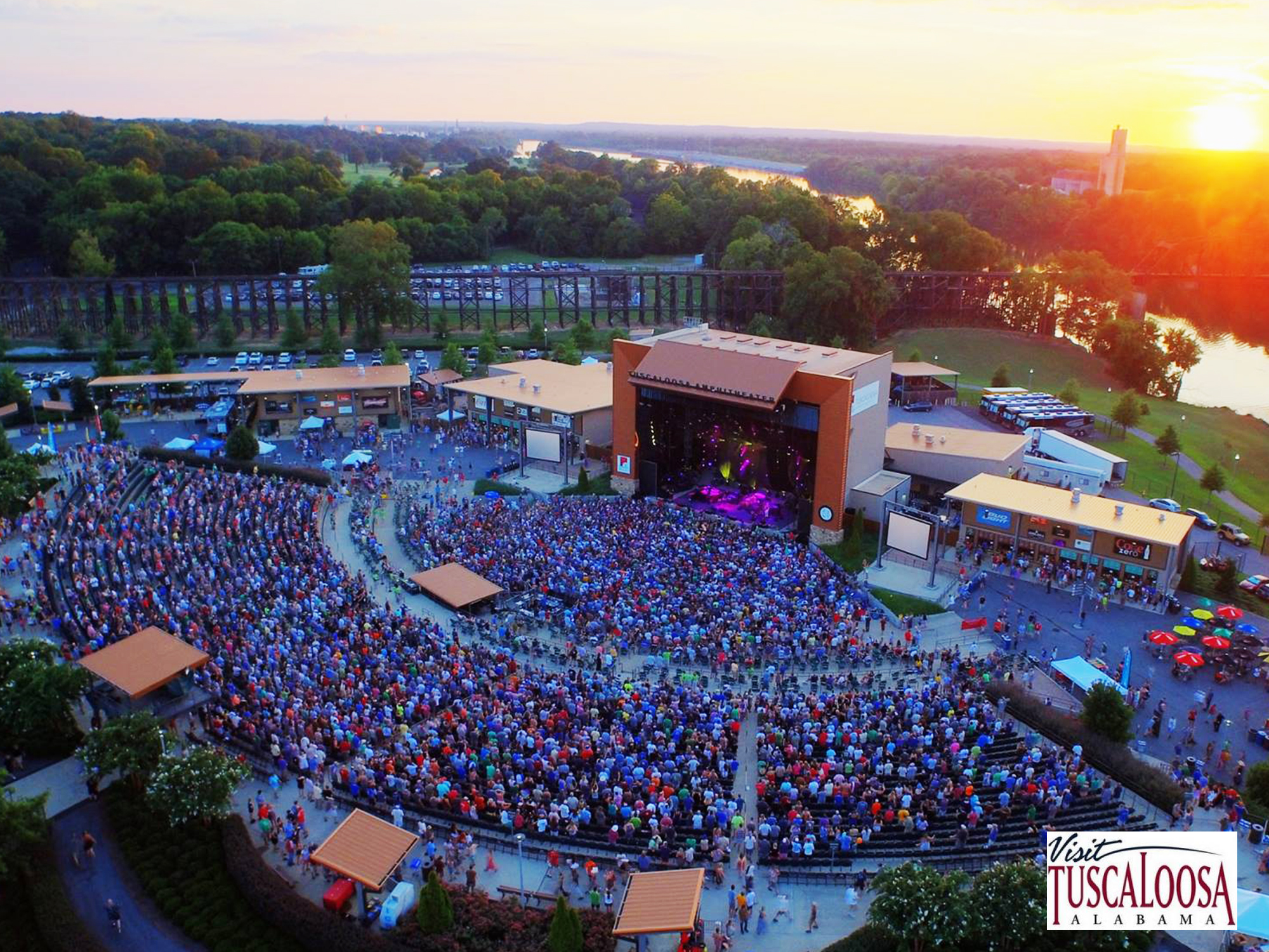 The Tuscaloosa Amphitheater was a long time coming. Plans of various size and scope had been in place for more than eight years before the project got a solid start with a master plan approved by the city council. City officials were in talks with concert promoters and had selected a site already owned by the city — a site that happened to be a landfill adjacent to the Black Warrior River. A study revealed that the property would need significant remediation to support a structure the size of a 6,500-seat outdoor theater. HPM helped the city put its municipal bond to good use, helping define the project program, guiding the procurement and bidding of construction packages and consulting on cost to keep the multi-phase project on track. What had once been a mountain of trash became a beautiful, open-air performance venue with sparkling-clean facilities, a river view and a backstage fit for the hardest of hard rockers.

MAKING A NEW FAN IN AN AMPHITHEATER
Usually, HPM’s involvement in a construction project is initiated by the owner. With the Tuscaloosa Amphitheater, first contact was made by the architect. Davis Architects had worked on projects with HPM in the past and recognized that this project would benefit from HPM’s preconstruction and cost consulting services. While the owner was unfamiliar with the role of a program manager, it was open to HPM’s involvement. HPM provided design management and cost estimation services and analyzed constructability and phasing to make the most of the project’s limited, publicly funded budget. HPM’s team was able to maximize the budget while maintaining quality and satisfying the owner’s wish list to complete a signature project for the city.