The Ballpark of the Palm Beaches 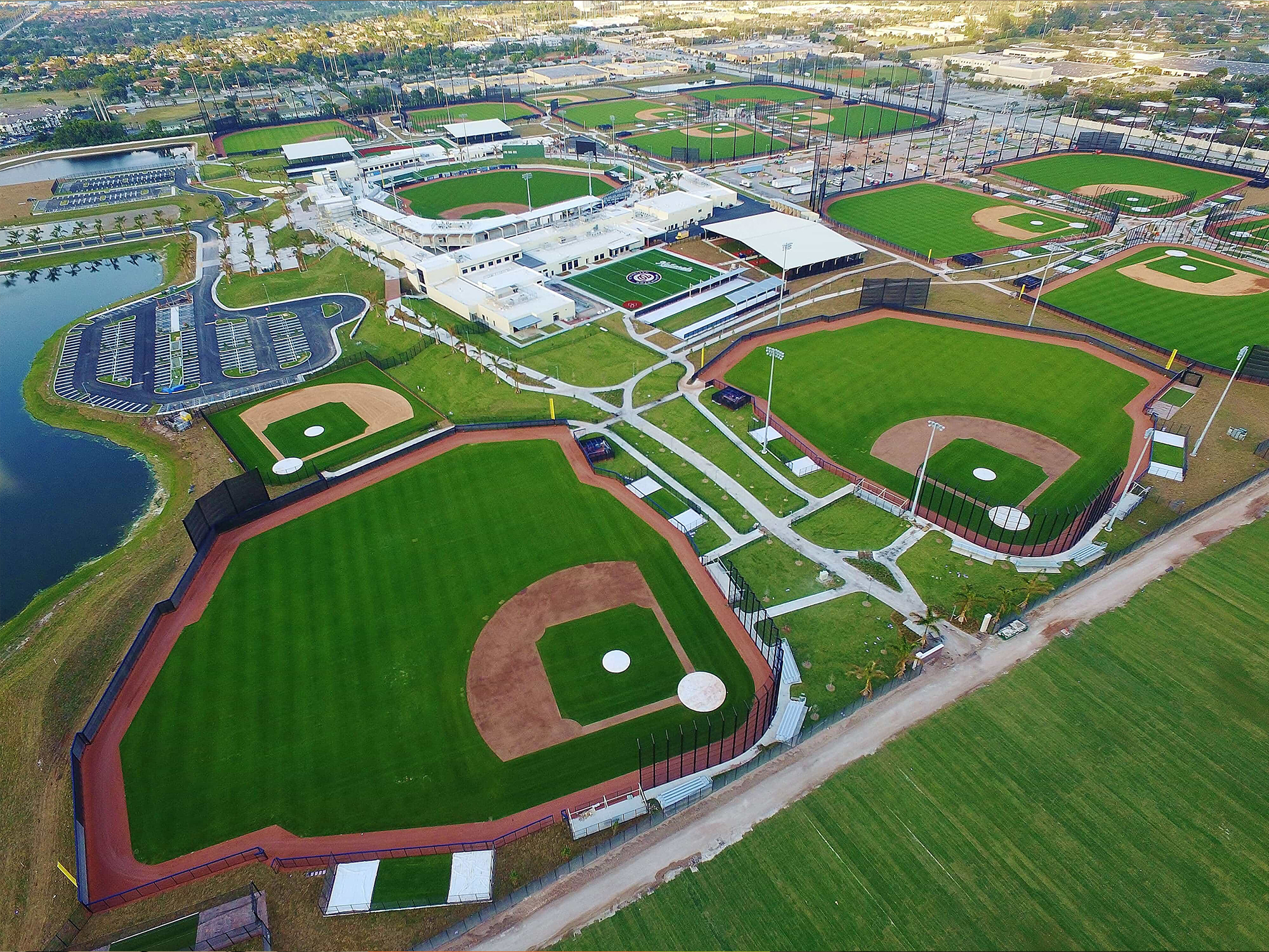 The Ballpark of the Palm Beaches is the springtime home-away-from-home of the Houston Astros and the Washington Nationals, offering a sunny and modern facility for spring training. The teams share the main stadium for games, but each has its own practice fields, outdoor batting cages, pitching mounds, and state-of-the-art conditioning rooms. And it’s not just for the out-of-town teams — the complex is designed to host concerts, soccer matches, festivals and even marathons for West Palm Beach locals. HPM helped facilitate the fast-tracked project, providing input on factors including permitting, repair-and-replace agreements and even data management. Even after, HPM worked with the ballpark’s operations team, applying extensive event management to get the facility up and running throughout the inaugural spring training season.

CENTRALIZED INTELLIGENCE
HPM is usually brought in at the outset of the project, getting things off on the right foot and establishing plans and schedules that will keep stakeholders happy and avoid potential complications. However, it’s never too late to bring in the value of an experienced program manager, and HPM was proud to join the team already several months into the planning and design process. HPM also was proud to be able to help resolve inefficiencies standing in the way of a smoothly run project. The biggest gap they encountered was a lack of centralized data management, which is challenging since the project involved multiple cities, counties, and public and private entities. HPM organized all the critical information and assets into a single, web-based project management intelligence platform. With schedules, expenses, agreements, licenses, designs and other information easily accessible by those who needed them, everyone became happier — contractors and subcontractors were able to communicate better, stakeholders were able to stay apprised of the progress of the project and locals appreciated the sense of transparency from their elected officials.