GulfQuest National Maritime Museum of The Gulf Of Mexico 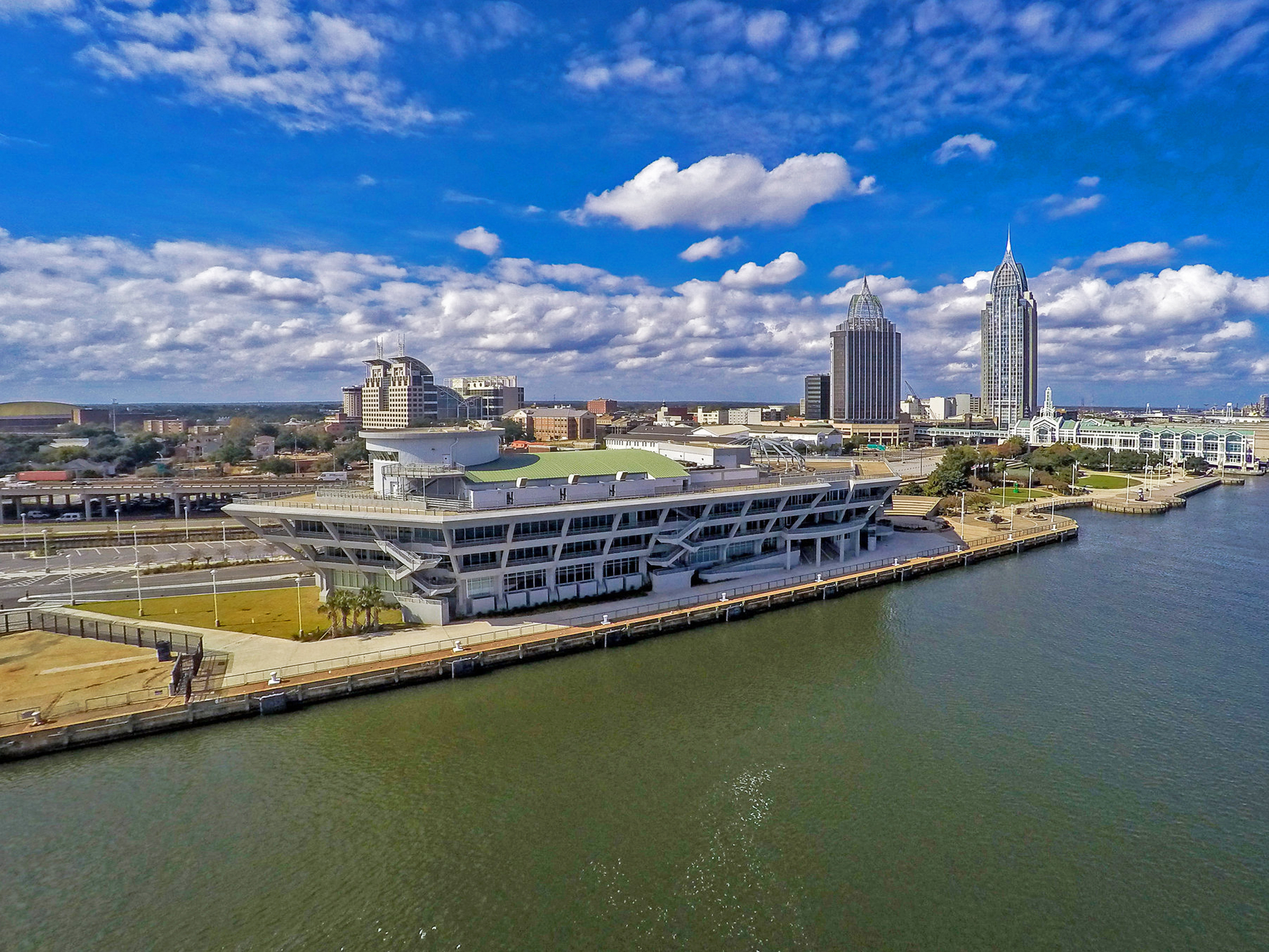 GulfQuest is a museum educating visitors about the culture and commerce of the Gulf of Mexico. Plus, it’s an event space, a gathering place, a ferry terminal and the centerpiece of Mobile Landing, a downtown waterfront development that includes the Alabama Cruise Terminal, the Mobile Convention Center and Cooper Riverside Park. The concrete and glass museum was intended to entice Mobile citizens and visitors down to the waterfront and to spur economic growth that could turn Mobile Bay into a destination stop for the cruise industry.
Bringing this massive and massively complex structure into being made HPM accountable to a lot of people: the City of Mobile, the nonprofit organized around the idea that would become GulfQuest and — particularly — the taxpayers. Operations were complicated by multiple prime contractors, elaborate interactive exhibits, downtown Mobile traffic and the Mobile River itself.

HOLDING BACK THE WATERS
GulfQuest isn’t just situated at Mobile Bay — it sits on Mobile Bay, designed to look like a ship pulling out of port to head into the Gulf. The facility includes a ferry terminal, a waterfront dining facility and a full-size replica container ship floating in water precisely matched to the water level of the river. All of that presented a complication not common to landlocked locations: keeping Mobile Bay from making its way into the museum. As the foundation was being laid — and reinforced and waterproofed — pumps had to run 24 hours a day to remove water from the site and return it to the river from which it came. Later, the challenge manifested as a mold outbreak resulting from high humidity, which HPM’s quality control measures were able to catch and remediate without any of the drywall having to be removed. Extensive pre-planning, quick thinking and attention to detail on HPM’s part kept GulfQuest high and dry.